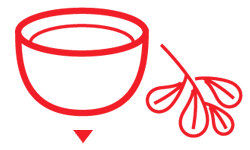 The history of tea dates back to the 3rd century BC, when it was first mentioned in written records. Initially treated as a medicine and strengthening agent for many years, it became a beverage as time went by. It was initially cultivated in China as a long-guarded secret of tea farmers. Tea was introduced to Japan in 729, when emperor Shōmu served it to one hundred monks in the Nara palace.

Bodhidharma, one of the founders of Zen, spent a full nine years meditating before he reached inner awakening. He was so tired that his heavy eyelids were falling over his eyes. He was unable to overcome it. Despite mortal fatigue, he wanted to keep his eyes open. So he pulled out his lids and tossed them to the ground. A beautiful bush sprang up in that place – tea. Afterwards, students would come to listen to his teachings and whenever they felt tired, they picked the flowers of that bush and brewed them in hot water.

The tea ceremony is an ascetic form of spending one’s free time which involves preparing and drinking green tea. The shape of the ceremony that has survived to this day, and is still practised, developed in the second half of the 16th century, initiated by the greatest master of ceremony – Sen no Rikyū. The purpose of the tea drinking ceremony was to cleanse the soul to achieve harmony with the world and nature. 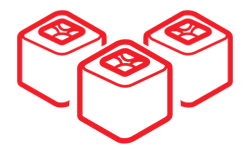 Japanese literature includes evidence that sushi as a special type of dish existed as early as in the Heian Period (794-1185 AD). However, the sushi of that time differed considerably from the various colourful appetizers we know today. In the original form of sushi, salted fish and mussels were put in wooden barrels, marinated and eaten solo, with sour seasoning. In the 17th century, the fish marinating method changed. The practice of adding slightly salted cooked rice to the wooden barrels with raw fish developed. This was primarily to accelerate the fish fermentation process and prevent the meat from going bad. We should mention that such a dish could stay good in a barrel from four to twelve months. According to Japanese literature, such a food preservation method had special applications for the Japanese army, which chose this technique for its war expeditions as it was highly practical, for instance in terms of transport, and the meal was light and nutritious.

The nineteenth century was a breakthrough time for sushi. In the initial years of that century, a merchant and restaurant owner named Yohei Hanaya launched the sale of sushi in Tokyo’s markets and bazaars. He would bring fresh fish in ice-filled boxes to sell them, sliced and arranged on rice balls, from a four-wheel cart converted to a mobile bar (such food carts with cheap dishes, known as yattai, can still be seen on the island of Kiusiu today). Sushi was served with green tea in large cups, and yattai customers rinsed their fingers in the tea leftovers after the meal, and they wiped them in the fabric (curtain) separating them from the “kitchen” on the cart. Yohei Hanaya quickly gained followers and competitors. Sushi lovers chose yattai stands with the dirtiest curtains as this showed that the cart had plenty of customers so its sushi had to be of good quality.

To sum up, sushi is a way of serving specially prepared rice.
The fish, raw in most cases, is merely an addition. 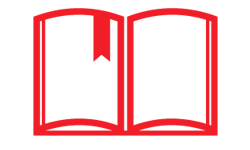 Glossary of a Sushi Bar

There are several types of sushi

Temaki sushi – nori cones lined with rice and served with a fish and vegetable stuffing. They resemble flowers due to their shape and wide range of colours.

Gunkanmaki – a type of nigiri, a “boat” made of rice wrapped in nori (usually), with varied stuffing.

Nigiri sushi – the most popular way of serving sushi. Associated with the original form of sushi due to its simplicity. Nigiri is a rice ball with a slice of fresh or baked fish or other seafood.

Uramaki – known more informally as california maki. Uramaki are inside-out rolls – with rice on the outside (in Japanese, ‘ura’ means reverse, and ‘maki’ – to roll).

How to eat sushi

You can eat sushi either with chopsticks or with your fingers. Both methods are equally correct. Using chopsticks might initially be slightly hard for Europeans. Those who enjoy challenges will most likely give the Japanese cutlery a try, but if you like things easy, you can enjoy sushi with your fingers. The most ambitious ones can follow the original Japanese instructions below.

Eating sushi with your fingers

Turn the sushi to the side and grab it with your thumb, index finger and middle finger.

Gently dip the tip of the top layer in the soy sauce bowl. Do not soak the rice. It is considered a faux pas to drop rice grains to the sauce bowl. 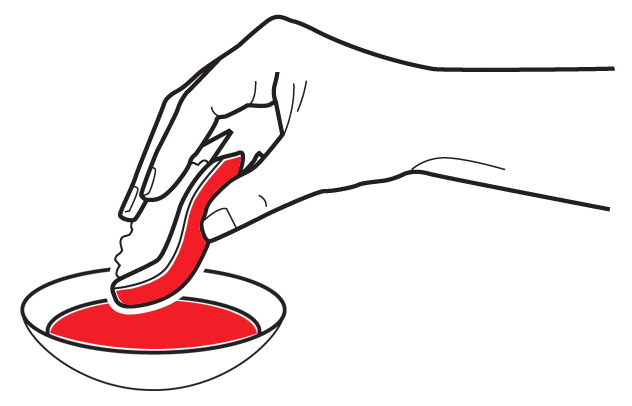 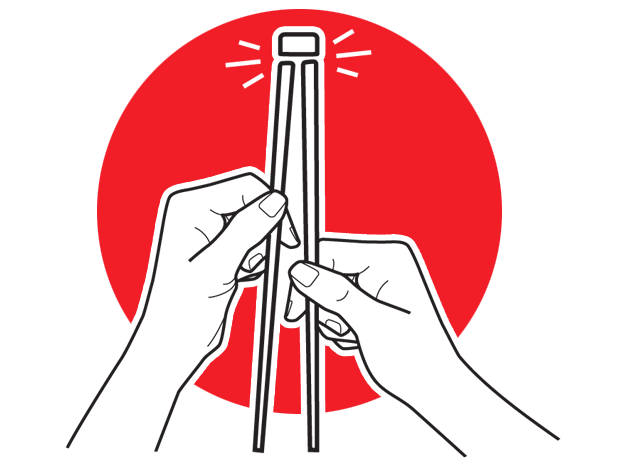 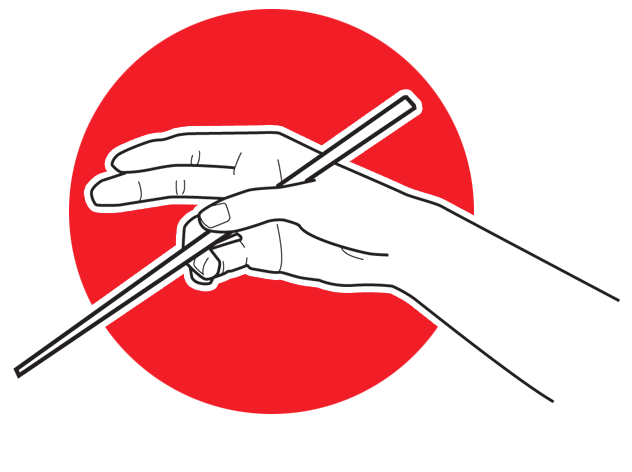 Place the lower chopstick in the hollow between the index finger and the thumb, supporting it with your ring finger.

Hold the upper chopstick between your thumb, index finger and middle finger. 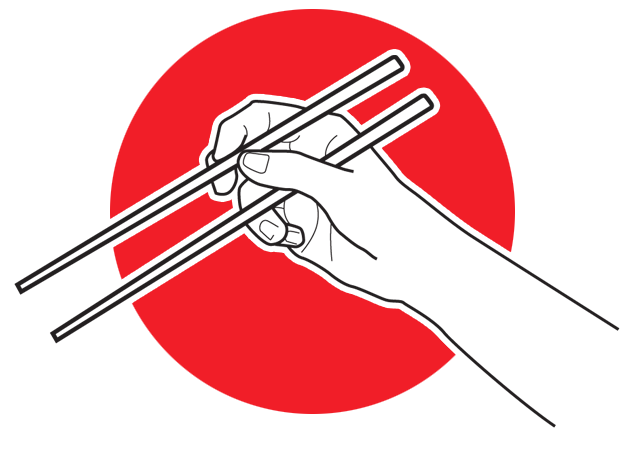 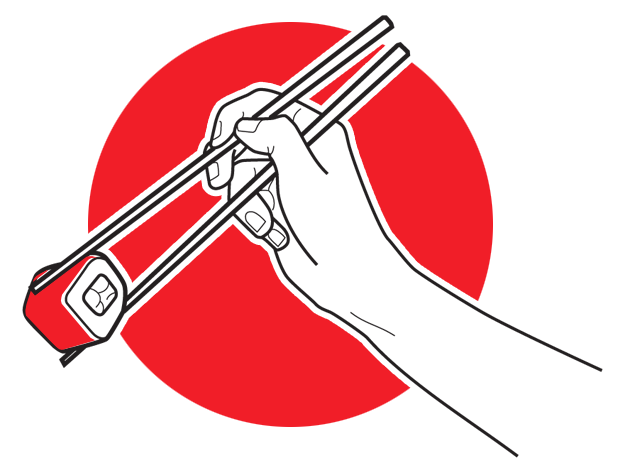 Turn the sushi to the side and grab the whole piece confidently with the chopsticks.

Gently dip the tip of the top layer in the soy sauce bowl. Remember to try to not soak the rice. 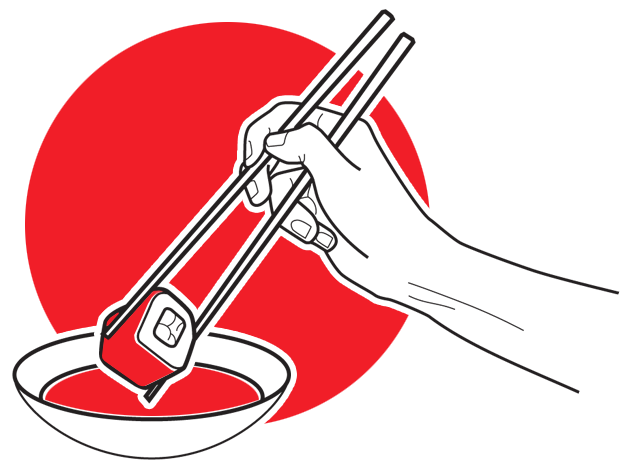 Visit our restaurant and build unforgettable memories thanks to our professional service and scrumptious meals! 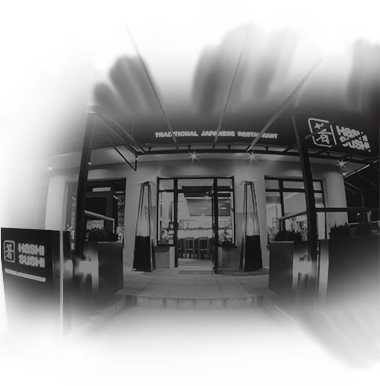 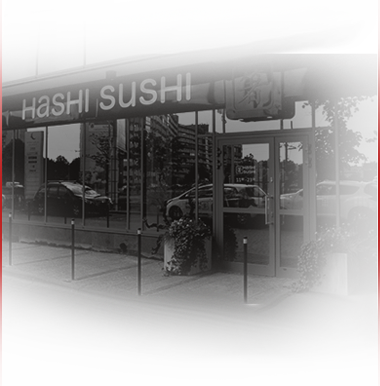